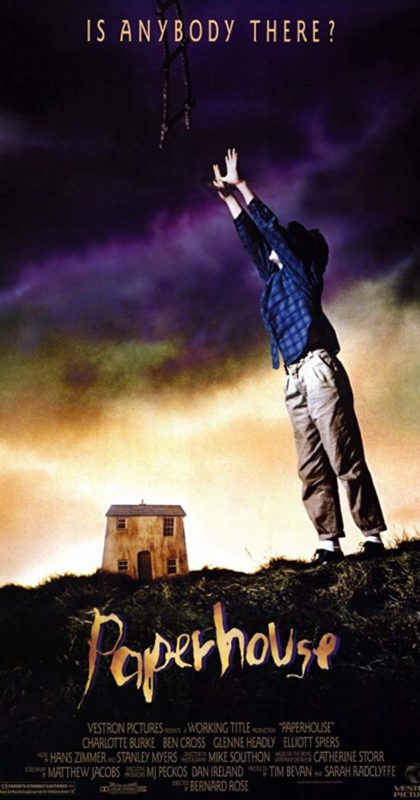 I’ve managed to write a list of films to put into this Film Klub so here we are at it again with two films within one post. The reason for this “double bill” is that sometimes I’ll watch one film and then research other films that might be similar. In this case I had watched the film Afraid Of The Dark (Mark Peploe, 1991) and then months later watched Paperhouse (Bernard Rose, 1988).

Although seeing the two films on two completely separate occasions I was struck by the similar aesthetics and themes running through the both films. In fact, I get a sense of a micro-genre of UK films coming out around this time, when the 80s were ending and going into the 90s — a micro-genre of young adult films where there is a young, child protagonist who gets pulled into a dark fantasy where the child’s mind starts blurring this fantasy and reality. The late 80s UK mini-series Moondial fits into this group as well, but for now we’re just looking at the two films aforementioned.

Afraid Of The Dark focuses around a young boy named Lucas who lives with his family in a neighbourhood in London. Lucas is soft-spoken and has very bad eyesight, therefore requiring him to wear very thick glasses. These glasses have a strong visual element in the film. Both Lucas’s parents and other characters in the film share concern about Lucas’s worsening eyesight. The film progresses into a strange mystery/thriller where Lucas is convinced there’s a murderer stalking in his neighbourhood and plays around with the concept that you’re unsure if this is just in the young boy’s head, or if it’s actually happening.

There’s some great atmosphere in this film, as well as interesting visual sequences, such as when Lucas sits silently, tapping the lens of his glasses with a sharp knitting needle or reflecting a broken shard of mirror onto the eyes of a painting on a wall. The knitting needle is an item that has some significance in the film, especially midway through the film where there’s a very dramatic shift that tilts the whole balance of reality vs. fantasy in a new direction.

In later scenes of the film other strong visual shocks present themselves as  well, including Lucas occasionally seeing people he knows in the neighbourhood with their eyes missing — strong stuff for a young lad!

Overall there’s a sense of foreboding and anxiety about going blind that builds and adds on interesting details throughout the course of the film..

The director, Mark Peploe, hasn’t done many films, this being his most well known but there’s some of the cast in the film that one would recognize, including David Thewlis and Paul McGann (the “I” from Withnail & I).

The second film, Paperhouse, is a film watched more recently. The aesthetics of this film are somewhat similar to Afraid Of The Dark in terms of mood, atmosphere and visuals. Again, here we have a another child protagonist called Anna living in again in London (this time with her mother) who has an affliction; in this case developing a sever glandular fever that keeps her out school.

While ill at home, Anna draws a house on a piece of paper and then after falling asleep, dreams that she finds that house in an open field, approaches it and then goes inside and finds a young boy that is crippled from the waist down and in a wheelchair. His name is Marc. Anna learns from her doctor that Marc is an actual patient of hers. This is where the whole theme of fantasy vs. reality starts to edge its way into the film.

There’s a dark, dreamy element to this film strengthened by the weird expressionist setting of the house she visits in her dreams. The disjointed, mid/late 80s “digital synth” heavy soundtrack adds to the cold yet playful otherworldliness of the film. Things turn for the sinister when Anna draws her somewhat estranged father in the drawing to go rescue Marc in the house, but messes up the drawing, scribbles his face out and then her father appears in her dream as an eyeless ogre with an axe trying to break into the house. Absolutely creepy, especially as this film is geared towards “young adults”!

Without giving the plot away, the film is driven by Anna’s increasingly worsening fever, which works as an instrument to make the fantasy vs. reality theme even stronger. In the end all works out, as they usually do in these young adult films.

The setting of the house as the dreams Anna has are very stylised. I can see echos of that trend of very earthy, texturised dark artwork that sort of became “en vogue” in the late 80s and 90s with some roots of this film. You can see that in the stills and trailer below.

Paperhouse was an earlier film for Bernard Rose, and most people will be more familiar with his most famous film, Candyman, a proper horror film that came out half a decade later.

So there we have it; tying two films together into a nice little post for you to check out. It should be said I’ve observed that since living in the UK, I’ve noticed that a lot of the young adult programming of the 70s and 80s was pretty dark. In the 70s you had such anxiety, paranoid sci-fi and paranormal shows like Children Of The Stones and Sky all the way up to the choose-your-own-adventure style children’s came show Knightmare — worth checking out. 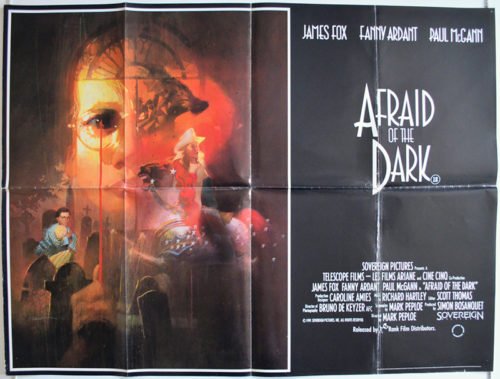 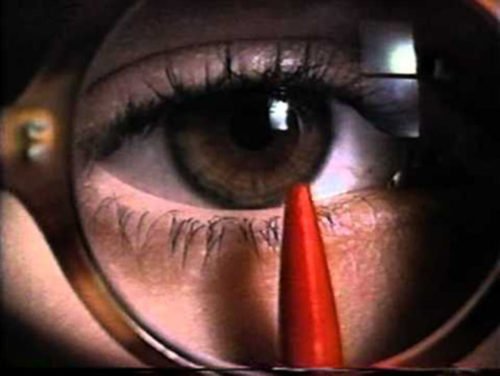 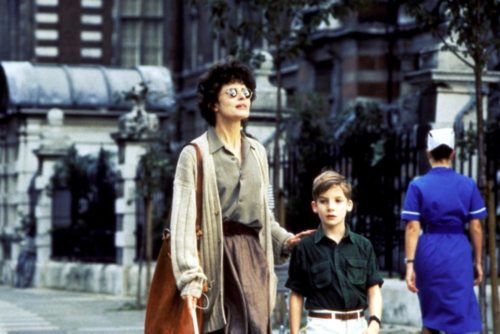 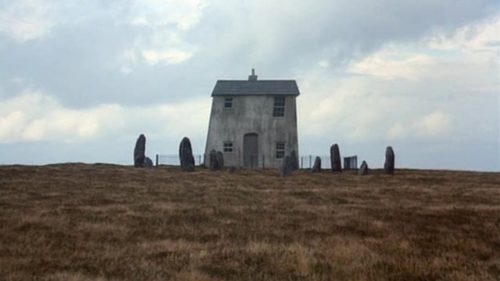 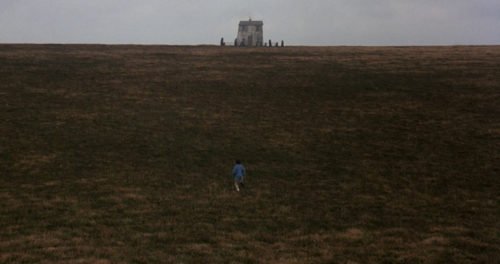 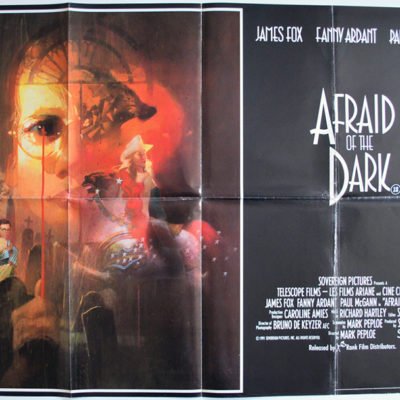 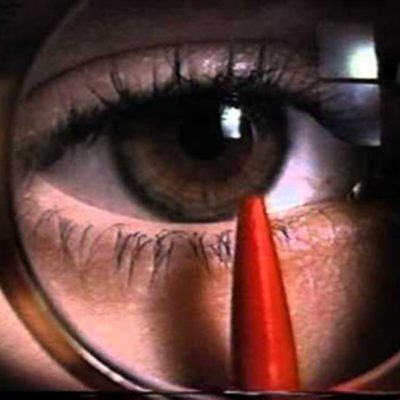 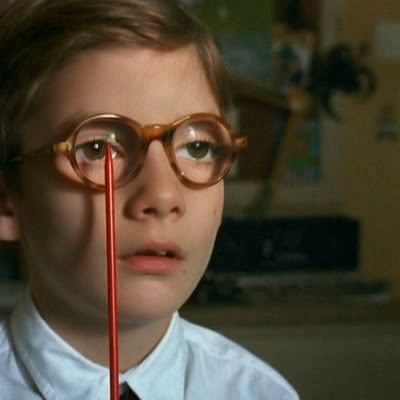 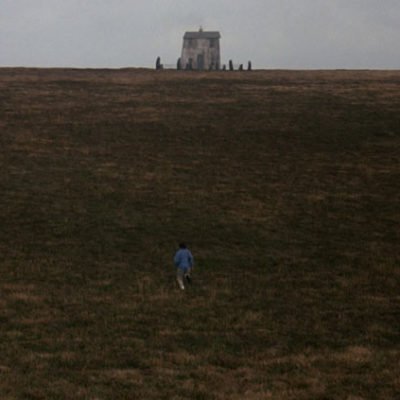 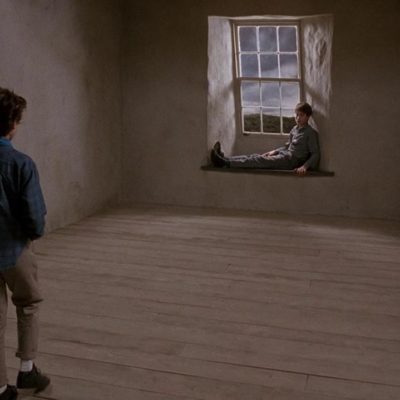